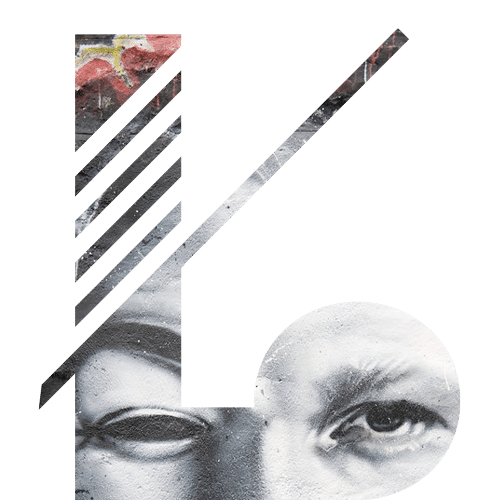 On April 7, wearing a mask and goggles as protection against the coronavirus, an Ecuadorian judge sentenced former president Rafael Correa to eight years in prison for corruption and barred him from holding public office for 25 years. The court found Correa and 19 others, including jailed former vice president Jorge Glas, guilty of accepting $8 million in bribes to be funneled into election campaigns between 2012 and 2016. But critics say it’s another case of legal harassment or “lawfare” to discredit the leftist leader, following a similar script as cases against Brazil’s Luiz Inácio Lula da Silva and Argentina’s Cristina Fernández de Kirchner.

The conclusion to a campaign of what Correa and his allies have condemned as political persecution came as the dire situation in Guayaquil—buckling under COVID-19—brought Ecuador into the international spotlight. Amid scenes of dead bodies in the streets, mourning families, a collapsing health system, and authorities unable to respond, the death rate in Guayas province leapt to 11,000 in the past six weeks from the usual 3,000. The chaotic response to COVID-19 fueled criticism of president Lenín Moreno—elected left and governing right—and his austerity policies, including reductions in public health spending. A former Correa ally, Moreno has resorted to the politicization of justice and militarization to silence his former allies and dissenters.

The trial is a key milestone for Ecuador’s ruling elites, who believe the best way to stay in control is to eliminate alternatives. In response to the conviction, Correa tweeted: “Well, this is what they were looking for: manipulating justice to achieve what they could never do at the ballot box.” Correa, who now lives in Belgium, maintains his innocence.

A New Low for Ecuador’s Judiciary

The prosecution accused Correa and Glas of leading a hierarchical corruption structure. Instead, they were found guilty of having incited the corruption. They did not have the formal possibility to disprove the supposed incitement. The case involved numerous irregularities and infringements on the rights of the defendants, but these “mistakes” were accepted due to supposed time pressure. To prevent Correa from standing as a candidate for the vice presidency or as a member of Parliament, the judgment must be upheld by a court of second instance. The court did not summon Correa’s former vice president between 2007 and 2013, Lenín Moreno.

Aside from Glas, imprisoned since 2017 on corruption charges in an equally questionable trial, the most prominent collaborators convicted were former minister of public works Maria de los Angeles Duarte and former legal secretary Alexis Mera. In addition to prison time and a 25-year ban on participating in politics, the sentence includes the obligation to place a commemorative plaque in the presidential palace to offer public apologies, as well as to take a 300-hour-long ethics class. Former presidential advisor Pamela Martinez and her assistant Laura Terán received lower sentences, as they collaborated with the prosecution.

The case started based on an investigation published online in May 2019 alleging that Correa and Glas succeeded in their 2013 election campaign due to bribery money from Brazilian construction firm Odebrecht and other multinational companies. The publication was the perfect template for a media spectacle. It claimed that officials, led by Correa, operated a clandestine system to receive bribes in exchange for public contracts. The scheme financed the ruling Alianza PAIS party’s election campaigns and partially benefited the defendants, according to the report. Attorney general Diana Salazar rapidly launched an official investigation, while ignoring evidence of Moreno’s involvement in the so-called INA Papers corruption case alleging the president has ties to offshore shell companies.

Salazar presented flimsy evidence. A transfer of $6,000 to Rafael Correa’s private bank account was used as proof that he was the head of the alleged bribery network. The sum, however, was a loan from a solidarity fund among the president’s office staff that Correa repaid in full in $500 monthly installments, the former president maintains. A notebook where former advisor to the presidency Pamela Martínez allegedly noted all the illicit payments appeared as the main evidence. Astonishingly, it came to light that the notebook was written in 2018—years after the supposed corruption occurred. Even more surprising, the back cover was damaged so that it was not possible to confirm the production date based on the bar code. The court did not allow for expertise on when the notebook was actually written. In her testimony, Martínez’s assistant Laura Terán drew an organizational chart portraying Correa’s government as a mafia. Neither Martínez nor Terán answered questions from the other co-defendants, who were not able to cross-examine the witnesses. At best, Martínez and Terán’s testimony pointed to a violation of the rules of party financing, not bribery.

Meanwhile, many strongly questioned the qualifications of the prosecution’s forensic expert, Alexandra Mantilla, who faced accusations of falsifying her resume and who did not, for example, question the authenticity of the 2018 notebooks. Leaked documents detailing secret agreements between the court and the prosecution further discredited the trial.

Coronavirus, Crisis, and the Return of Ungovernability

Ecuador’s inadequate response to COVID-19 is the consequence of neoliberal policies and the destruction of viable governance structures, leaving the country ill-prepared. Apparently, government strategists saw the crisis as an opportunity for Otto Sonnenholzner—Moreno’s third vice-president since assuming office and a likely candidate in the February 2021 elections— to stand out. Sonnenholzner has been leading the National Committee of Emergency Operations (COE), while Moreno was absent for much of the crisis.

Amid the pandemic, minister of health Catalina Andramuño stepped down alleging that no budget resources had been allocated to fight the virus. On CNN, interior minister Maria Paola Romo was not able to defend the government’s actions. Andramuño‘s resignation occurred just days before the government made a controversial debt payment of $324 million, while money was lacking to fight the emergency.

Meanwhile, Guayaquil’s right-wing mayor Cynthia Viteri ordered municipal workers, including the metropolitan police, to block the runway of Guayaquil‘s airport in order to prevent KLM and Iberia flights from landing—despite federal authorization—and thus forcing them to divert to Quito. The planes were meant to take tourists back to their home countries. Viteri’s brazen disregard for national and international law aligns with a typical Guayaquil-first strategy. Once again, regionalism emerges in times of national crisis. But the longstanding narrative of blaming the national government for the city’s problems and presenting Guayaquil as a “successful model” is no longer possible with COVID-19. The problems of social inequality and poverty after decades of right-wing governments in the port city—compounded by national healthcare cutbacks—have become visible to everyone.

Disputes over competencies are not confined to Guayaquil, and the national government’s handling of such disputes follows an oligarchic logic of power rather than the rule of law. When the small-town mayor of Baños de Agua Santa refused to receive police from another city with a higher rate of infection, interior minister Maria Paola Romo threatened to leave the town unprotected and to level legal consequences. In the case of Guayaquil, Romo said that this is not the time to argue.

Ecuador was on the verge of an economic crisis even before the pandemic. The economy stagnated with 0.2 percent growth in 2019 and the IMF projected a contraction of 0.5 percent for 2020. Now, the economy is projected to shrink by 6.3 percent this year. Poverty and inequality already increased under Moreno’s watch, with payroll cuts and layoffs in the public sector on the agenda. But not everyone has suffered from Moreno’s politics: Ecuadorian banks broke records in profits in 2019.

Other measures proposed by Moreno will have a more positive effect, such as a stop to the termination of rental contracts and a freezing of payments for basic services. Other measures are symbolic. Morno cut the salaries of parliamentarians, ministers, and the president by 50 percent to free up resources to tackle the pandemic. Public employees earning more than $1,000 a month—more than double the minimum wage—must pay a 10 percent special contribution, which will be made a permanent wage cut next year, though workers in health, education, and the security forces are exempt. Based on a progressive tariff, contributions are collected for earnings of $500 or more. On the other hand, companies will only be charged a special levy of 5 percent if they have made a profit of more than $1 million in 2018.

Although the contributions from wage earners are set to be progressive, everything indicates that the main burden will be borne by the middle class. The measures are not only unbalanced, but also reduce citizens’ purchasing power and are most likely exacerbate the recession. The contributions are set to finance a « National Humanitarian Assistance Account. » In an open contradiction to the constitution, elders will be handpicked to manage the funds. Moreno has abdicated political responsibility for the handling of the national tragedy.

Moreno’s government have deliberately restricted its fiscal leeway to respond to the coronavirus emergency. As Andrés Arauz points out, Moreno eliminated the Central Bank’s electronic money system, which would be highly useful to provide financial aid; he prohibited Central Bank loans to the treasury; and he has prioritized the punctual payment of loans above the punctual payment of wages. A small dollarized economy faces economic risks and problems outside the government’s control. But as Arauz points out, there are ways to « cover the obligations to the Ecuadorian people, to public servants, to local governments, to suppliers and the workers of public enterprises.“ For this to happen, the government would have to overcome neoliberal dogmas.

Today, the conservative restoration is uncertain. First and foremost, Moreno’s inability to deal with the pandemic has led to an unnecessary loss of life and provoked widespread suffering. It has also probably destroyed the presidential aspirations of Vice President Sonnenholzner. The horrific situation in Guayaquil has probably made a third presidential run of conservative long-time former mayor Jaime Nebot improbable. After the coronavirus crisis, his script of presenting the port city as a “successful model” to follow will fall flat.

Does the crisis open the way for a progressive alternative? Conflicts within the Left make a broad alliance unlikely. More importantly, democratic rights are not assured in Ecuador. The Court of Auditors is currently trying to remove Correa’s Fuerza Compromiso Social party—which split as a result of Moreno’s right turn upon entering office—from the party register. As an ongoing media campaign and political persecution have not stopped a telling phrase from gaining popularity on the streets and on social media networks: With Correa, we were better off! The inability to bury Correa politically made the court decision all the more urgent, especially ahead of next year’s presidential elections. 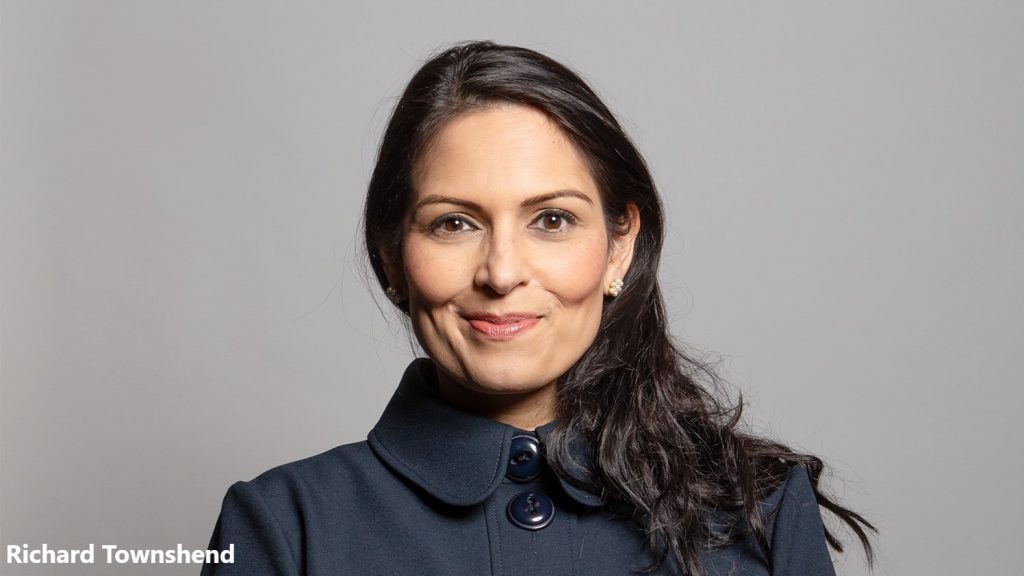 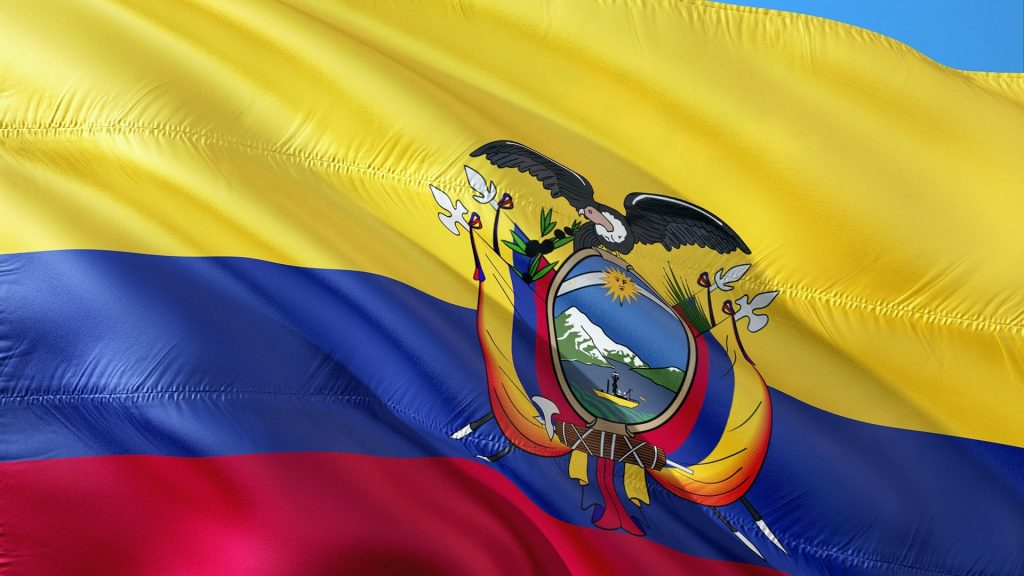 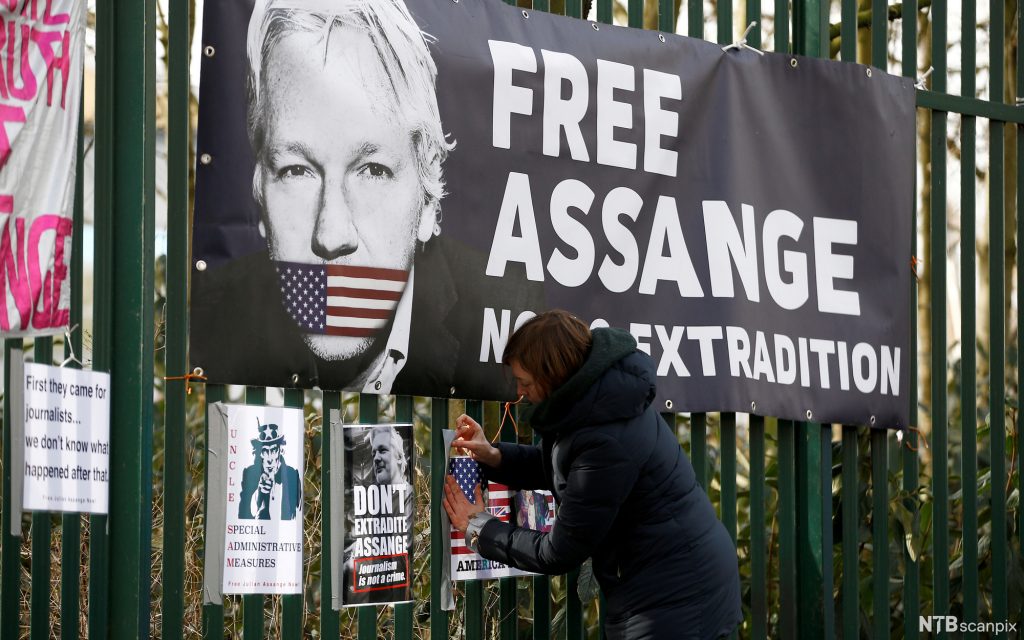